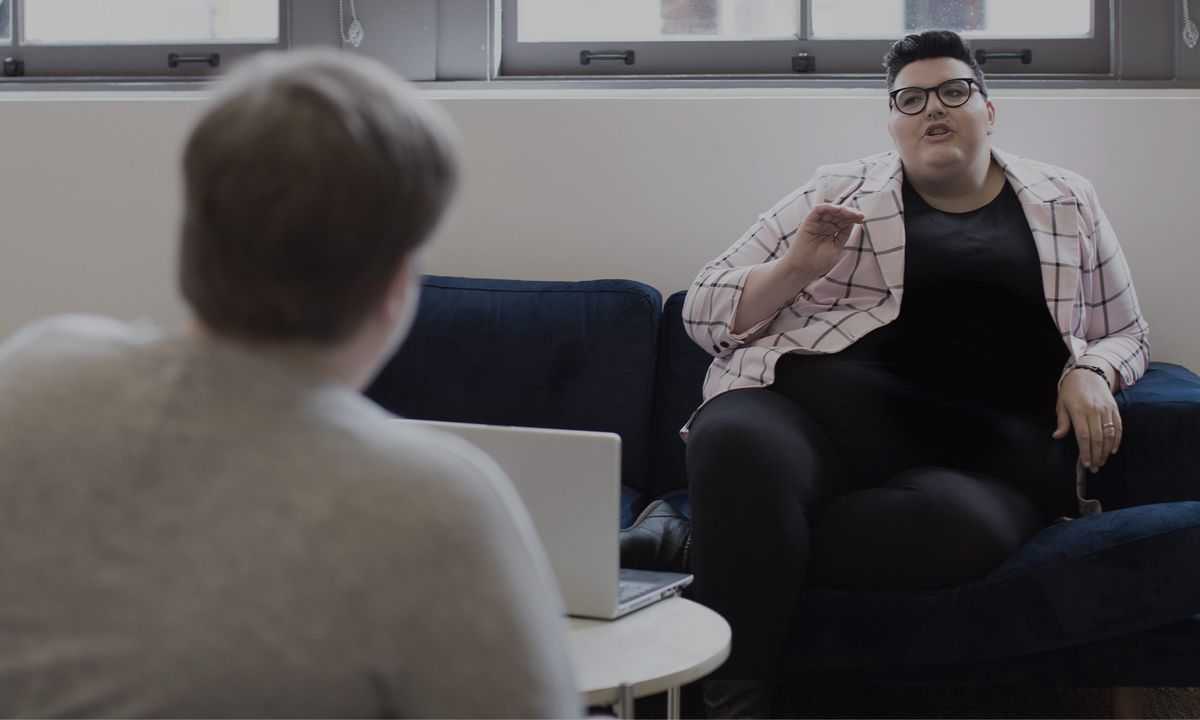 What Do All of These New Letters Mean?

This blog will be the 1st of a 2 part series regarding LGBTQ basics. Professionals in the field of Behavioral Health get questions about these letters and definitions quite often, so I thought we’d just start with some of the more common terms and acronyms.

(not sure if we should begin or end with this statement) Also worth knowing, US Care, LLC does not discriminate on the basis of race, color, religion (creed), gender, gender expression, age, national origin (ancestry), disability, marital status, sexual orientation, or military status, in any of its activities or operations.

Ally | A person who is not LGBTQ but shows support for LGBTQ people and promotes equality in a variety of ways.

Androgynous | Identifying and/or presenting as neither distinguishably masculine nor feminine.

Asexual | The lack of a sexual attraction or desire for other people.

Bisexual | A person emotionally, romantically or sexually attracted to more than one sex, gender or gender identity though not necessarily simultaneously, in the same way or to the same degree.

Closeted | An LGBTQ person who has not disclosed their sexual orientation or gender identity.

Coming out | The process in which a person first acknowledges, accepts and appreciates his or her sexual orientation or gender identity and begins to share that with others.

Gay | A person who is emotionally or sexually attracted to members of the same gender.

Gender dysphoria | clinically significant distress caused when a person’s assigned birth gender is not the same as the one with which they identify. According to the American Psychiatric Association’s Diagnostic and Statistical Manual of Mental Disorders (DSM), the term – which replaces Gender Identity Disorder – “is intended to better characterize the experiences of affected children, adolescents, and adults.”

Gender identity | One’s innermost concept of self as male, female, a blend of both or neither – how individuals perceive themselves and what they call themselves. One’s gender identity can be the same or different from their sex assigned at birth.

Genderqueer | Genderqueer people typically reject notions of static categories of gender and embrace a fluidity of gender identity and often, though not always, sexual orientation. People who identify as “genderqueer” may see themselves as being both male and female, neither male nor female or as falling completely outside these categories.

Gender transition | The process by which some people strive to more closely align their internal knowledge of gender with its outward appearance. Some people socially transition, whereby they might begin dressing, using names and pronouns and/or be socially recognized as another gender. Others undergo physical transitions in which they modify their bodies through medical interventions.

Homophobia The fear of or discomfort with people who are attracted to members of the same sex.

Lesbian | A woman who is emotionally, romantically or sexually attracted to other women.

LGBTQ | An acronym for “lesbian, gay, bisexual, transgender and queer.”

Outing | Exposing someone’s lesbian, gay, bisexual or transgender identity to others without their permission. Outing someone can have serious repercussions on employment, economic stability, personal safety or religious or family situations.

Sexual orientation | An inherent enduring emotional, or sexual attraction to other people.

Transgender | An umbrella term for people whose gender identity and/or expression is different from cultural expectations based on the sex they were assigned at birth. Being transgender does not imply any specific sexual orientation. Therefore, transgender people may identify as straight, gay, lesbian, bisexual, etc.

Should you wish to speak with any of our licensed clinicians about any of these terms or how it relates to your situation, please contact us…………………….